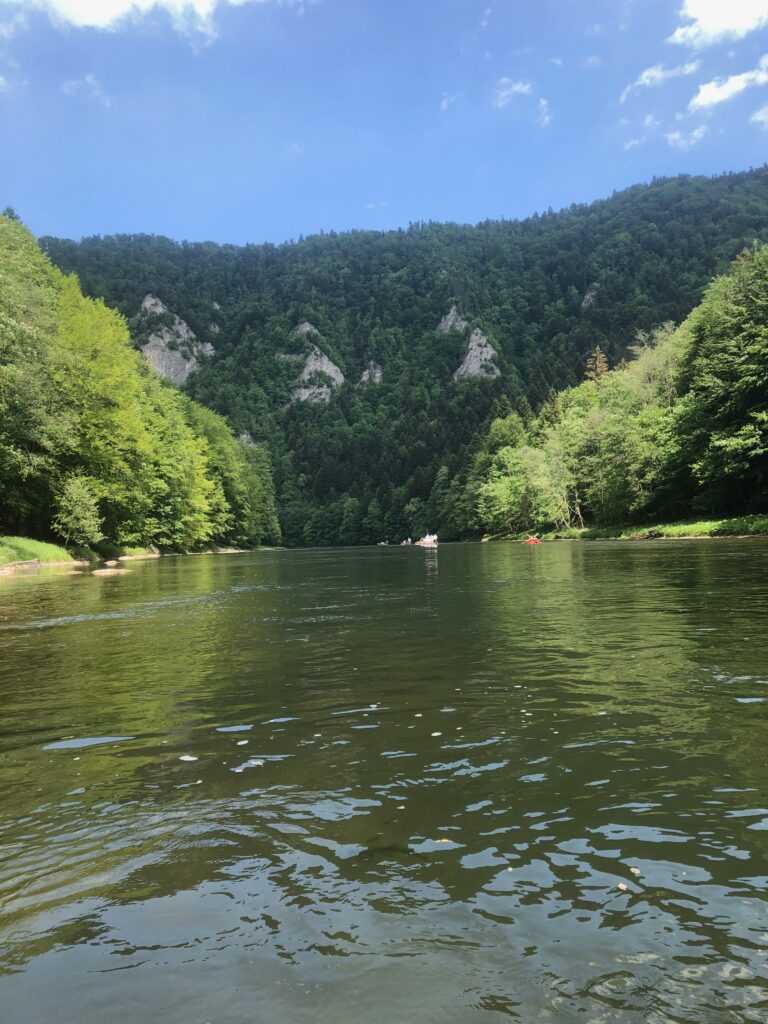 A notice: as a non-native English speaker, I’m always concerned about language issues and do my best to write in proper English. Nevertheless, some irregularities may happen.]

[All photos are slideshows, so there is more to see than just one photo displaying under the text]

I’m writing this report in June, around the Summer Solstice in Northern hemisphere; a time of the year when we’re starting reaping what was sowed and celebrating Nature’s abundance. For the title of this long report, I borrowed the quote from Pema Chödrön’s meditation on Shantideva’s The Way of Bodhisattva, a text that Roshi Genki generously shared with us as one of readings for his course on Zen Ethics (ongoing). It is capturing so succinctly what has in fact been happening to all of us in the process: gradually, over the course of the last 3 months, a sense of collaboration based on friendship and camaraderie dissolved any superficial, functional boundaries set by the concepts of “refugee”, “volunteer”, and – first and foremost – helpers and those being helped. We’re just lucky to have been able to make the spaces of our lives increasingly mingle and interweave; getting to know wonderful human beings and getting mutually inspired by the strength, resilience, and good humour in tough times. We’re all in it together.

Here is what was happening with the Ukrainian Refugee Relief between April and June. The focus of was mainly on assisting the small, grassroots-led initiative that set up a refugee center in Kleszczów (one of the communities within the greater Kraków metropolitan area, a beautiful place adjacent to beautiful Kleszczów Gorges, known for its precious flora, grown on limestone hills typical for the area).

On April 23rd we organized our first event: a gardening picnic, which would bring together refugees and the local community. We hoped to transform the immediate surroundings of the center in Kleszczów, while providing its inhabitants the time with some home-grown vegetables, flowers, and herbs.

Since our very first visit there, I had a strong conviction that what was the most needed, was gardening together. Arranging raised beds, finding the right spots for different plants, digging dirt, planting. Diving heads on into all this amazing fabric of life (and death), getting our hands dirty, taking the scent of soil in and let heal everything that needs to be healed.

And gardening we did. As well as feasted on simple and delicious food, generously provided by volunteers and local community. I was genuinely surprised by the numbers. People who attended (refugees, members of local community, volunteers and friends from nearby Kraków), seedlings that were given an opportunity to grow, all side initiatives that grew out of conversations and contacts. Kids, it turned out, decided to set up a tiny independent garden of their own, next to a beautiful old oak, and they were working tirelessly hidden from views of most of the adults. We established a Zoom connection with Anastasia from a permaculture EcoVillage in Ukraine, who explained a bit what permaculture is in Ukrainian. Very moving conversations followed.

Soon I would be leaving for a month in Winona to meet my Sangha family and the ZGO community during our Spring sesshin, but a sense of having laid the quite solid ground for the next developments in the garden was palpable, as was the sense of possibilities, growth, unfolding and openness, despite all the hardships and atrocities of the war time around.

All photos below: Anna Myosen Nacher 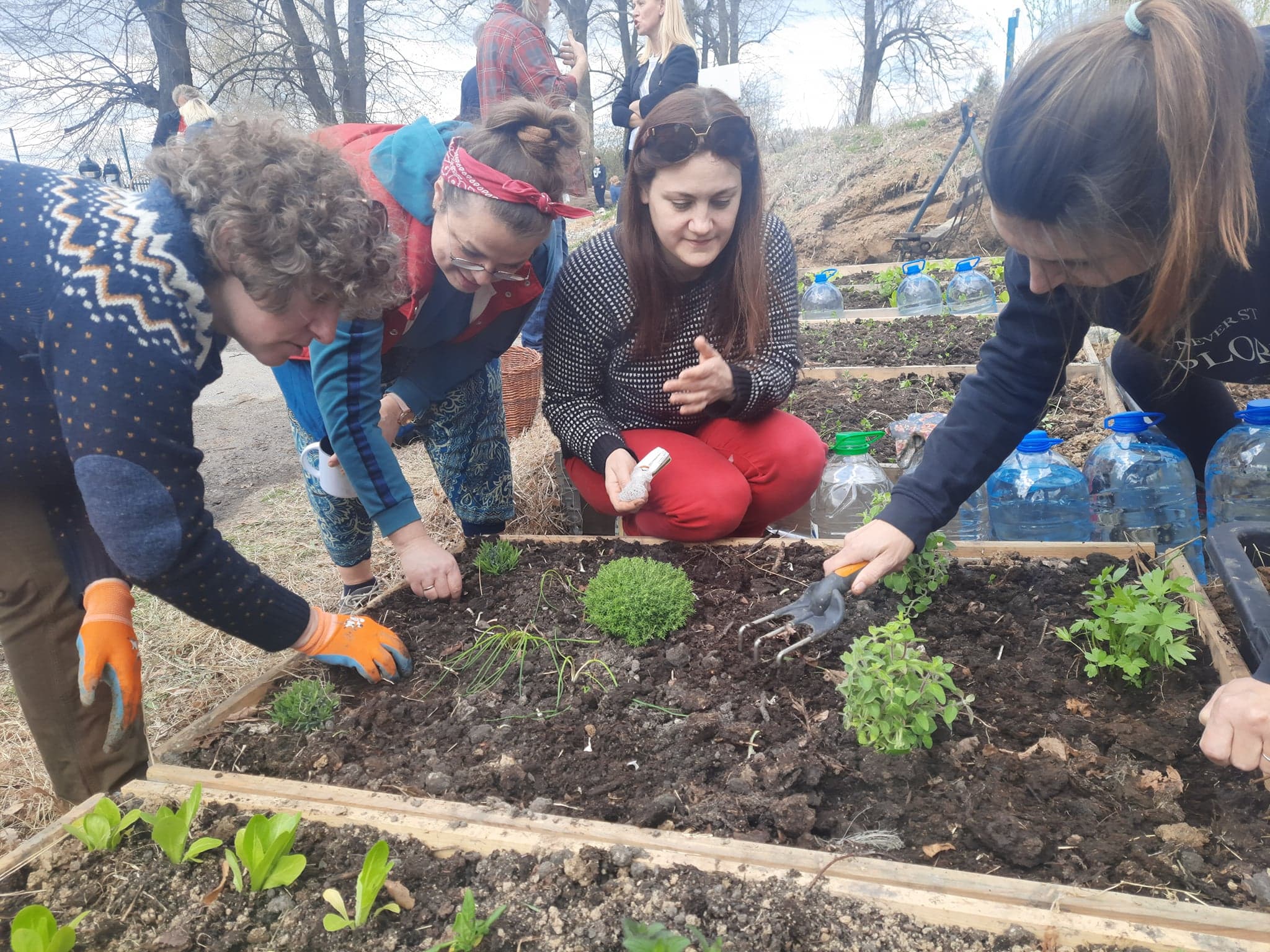 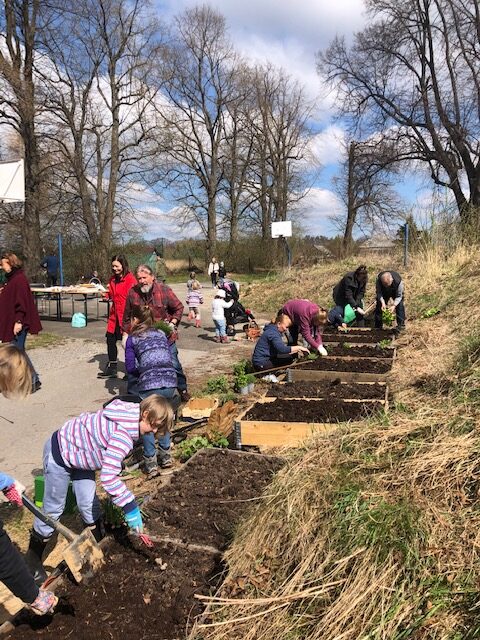 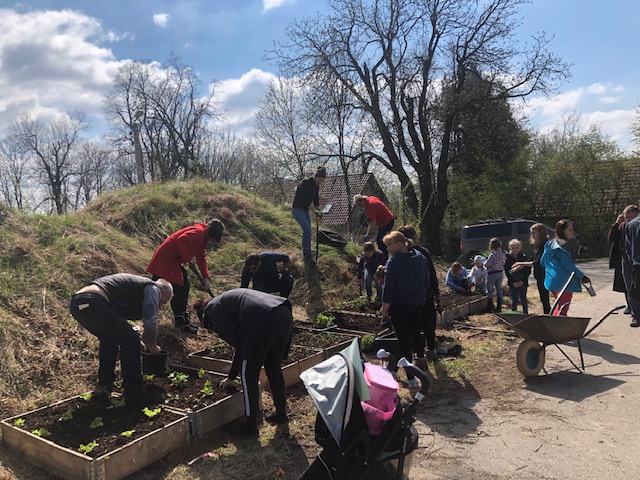 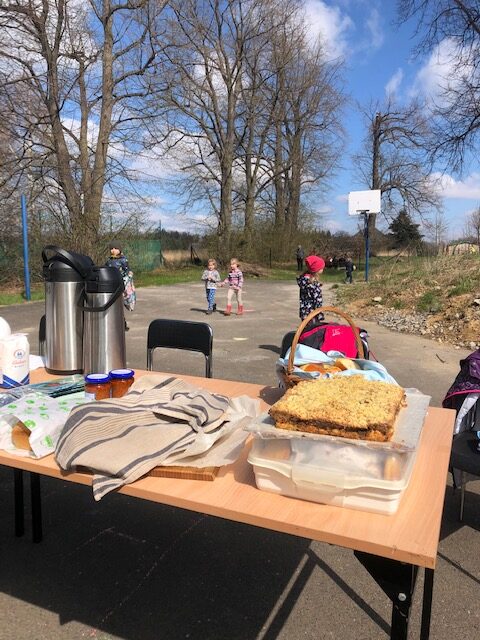 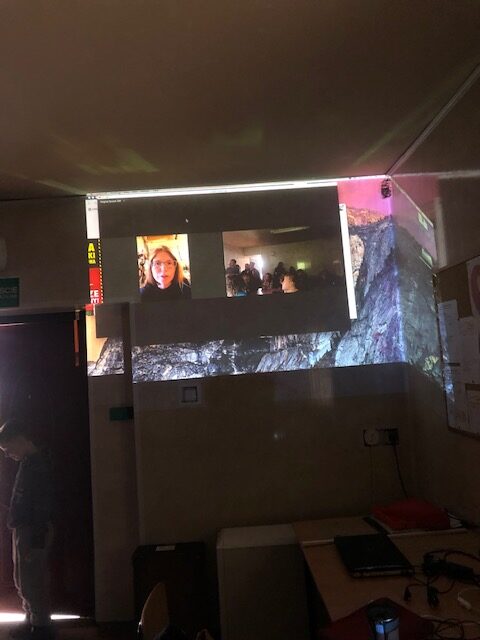 The event has organically evolved out of the conversations that a group of volunteers had during the gardening picnic. The center in Kleszczów is maintained by the small local community and there is always a space for some improvements, as the building has been re-purposed from the old cultural center, renovated and refurbished within a couple of weeks at the onset of war in Ukraine and the dramatic influx of refugees (in which our Ukrainian Refugee Relief Fund has also played a major role financially). One of the teenagers staying at the center at the time of the gardening picnic remarked how wonderful it would be to have more colours around (rather than a concrete, grey and gloomy wall). We contacted an artist and activist from Kraków, Artur Wabik, who generously offered his help and expertise. Artur has been specialising in mural painting for years, his works decorated walls in many cities of the world (and in Kraków too). He is also a curator and a publisher of comic books (among other numerous activities). Soon a group of young eco-activists from Extinction Rebellion joined and on Saturday, May 14th (just as I was in Winona, preparing for our sesshin at the Whitewater State Park 🙂 ), the whole team set up another picnic and managed to paint some beautiful murals, together with Ukrainian youth from the center.

All photos below: Anna Treit 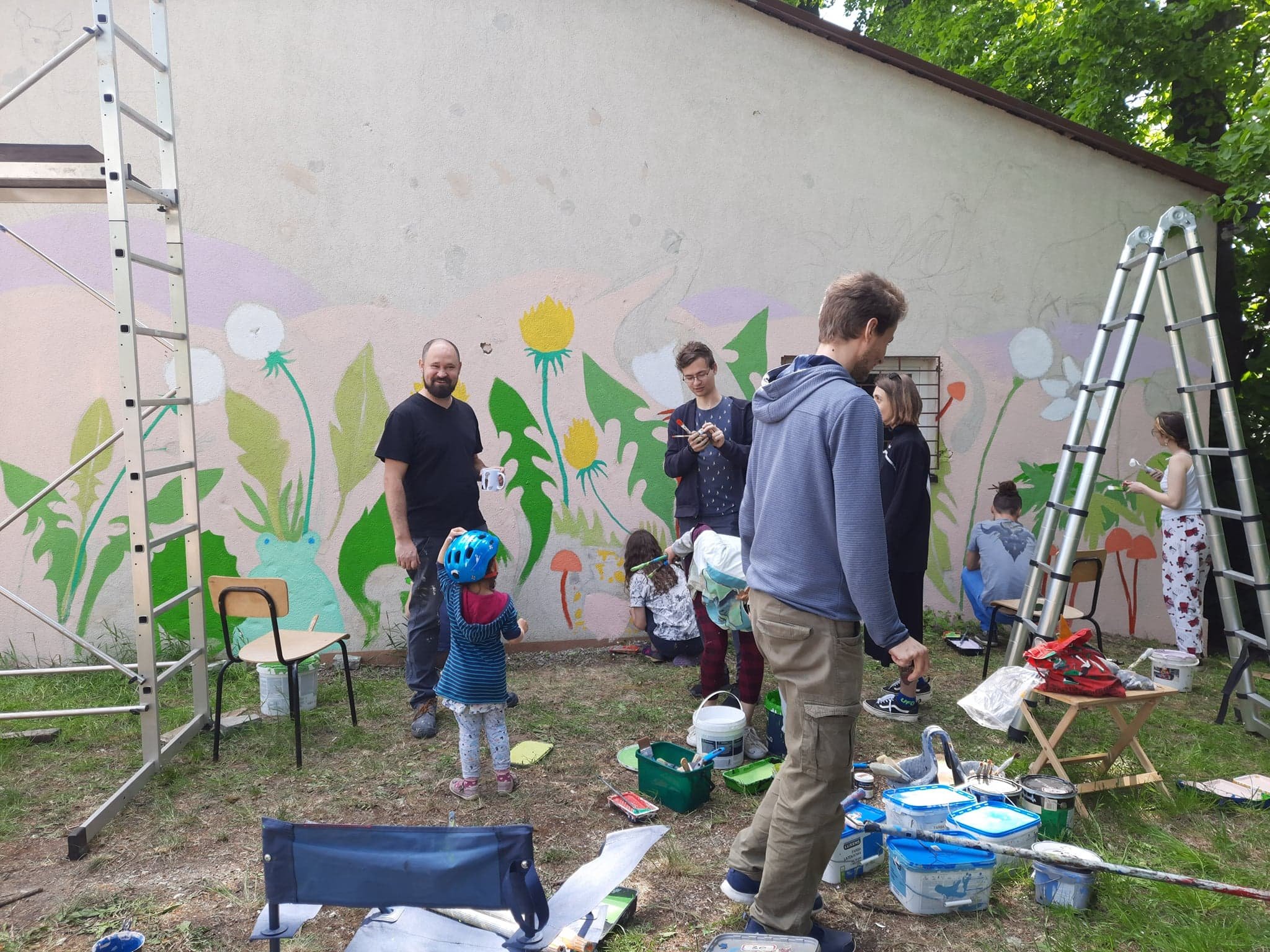 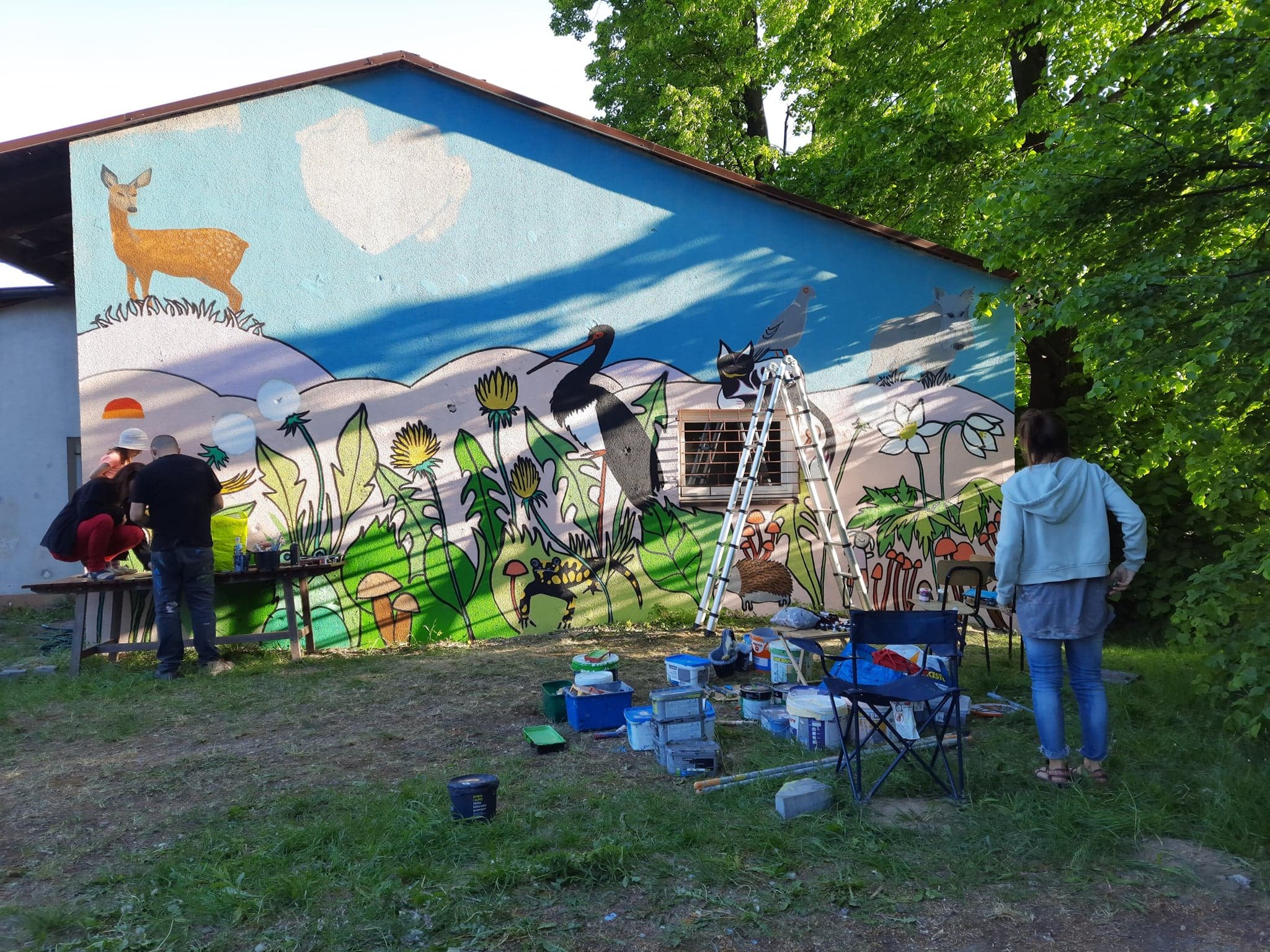 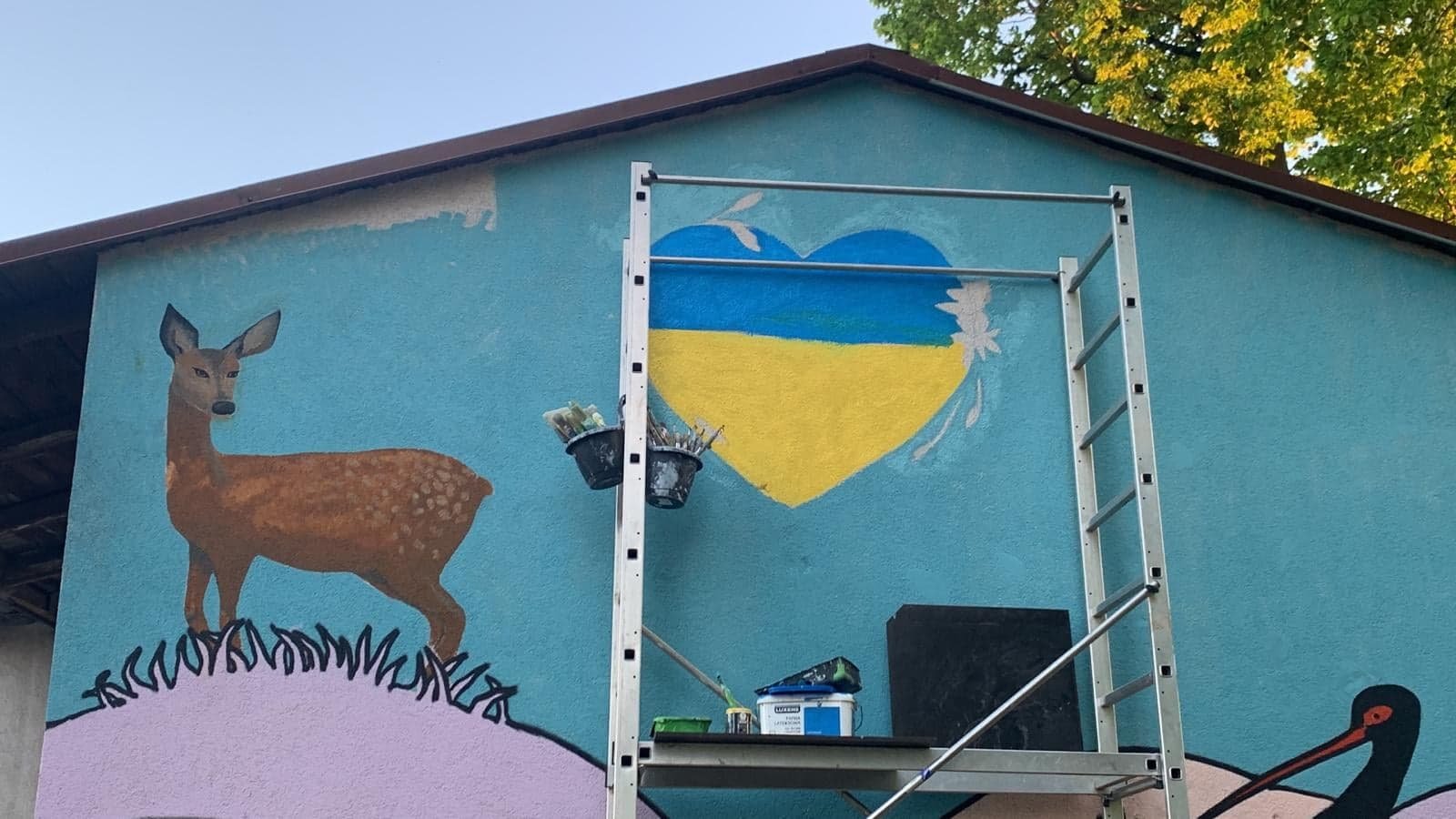 Finally, on the weekend of June 3rd, we invited a group of Ukrainian friends to Lechnica, where for the last 8 years we have been transforming a small patch of land (24 ares or 0,60 acre) into a permaculture haven. It’s mostly the work of life-long gardening passion and skills of my husband, Marek, who has recently retired from his job in the governmental agency for nature protection. We called it Biotope Lechnica, as “biotope” comes from Greek (βιότοπος) and means “a good place to live” (it is also a term denoting a habitat associated with a particular ecological community). Lechnica is inhabited by a little bit more than 200 people and is located in Slovakian part of incredibly scenic limestone mountain range, called Pieniny mountains that stretches on Polish-Slovakian borderlands (one of the European regions, where the borders of national states historically caused more harm than good and where the practically borderless EU made life so much easier).

Our group consisted of two Ukrainian families (Ania with the kids: Yaroslava, Polina and Arsen, and Olga with her mother-in-law, also Olga, and kids: Vania and Nastia) and two volunteers: Ania (Polish) and Irene with her family of 3 (our translator, a Georgian living in Poland since she had finished her studies here almost 10 years ago). They were hosted at the local B&B in Lechnica. B&B belongs to Eva and Karol who live in the nearby village of Cerveny Klastor, a place with the XIVth century Carthusian monastery (now museum). A local monk, healer, alchemist and herbalist, known as Cyprian resided there in XVIII century. A mysterious character himself, definitely deserving a good comic book and a god movie, as he is told to have invented artificial wings which took him to Tatra mountains 100 km away.

The weekend was a blast. We did some hiking tours in gorgeous nature, visited a museum in Cerveny Klastor (where another friend, Janka, is currently working on a herbalist project, reviving local traditions). We even did some whitewater rafting on a beautiful river of Dunajec, which was great fun to the whole Polish-Slovakian-Ukrainian-Georgian crew. We were preparing our breakfast and dinners together and lunched on the road at local restaurants owned by people whim we came to know well over the years.

The most beautiful part, though, was how we expanded as a group. Soon we were joined by our two wonderful drivers, Robert and Szymon. We hired transport from a local company located in the village of Sromowce on the Polish side of the border to transport all of us from Kraków). It turned out that Szymon’s girlfriend, Nina, is a singer-guitarist for a feminist punk band. We invited them for an evening meal and Nina presented some of her songs with an acoustic guitar. Now we’re plotting her show in Kraków in autumn, after summer holidays, so we can all meet together and grow even more 🙂

All external services we needed during the weekend: food, transportation, accommodation, dining etc. were purchased locally, from people whom we know and with whom we have developed long-standing, precious relationships. Biotope Lechnica is just one of the nodal points in a dense fabric of life that surrounds us in this amazingly beautiful corner of the world. Our idea from the very beginning was to contribute as much as we can to its well-being, be it giving as many non-human inhabitants as possible some shelter in our permaculture, or supporting local economy and developing networks of friendships and collaborations. It is all growing together on this patch of land, constantly unfolding under our feet as the Earth is spinning.

We have already set a date for our next weekend: July 23rd-24th. 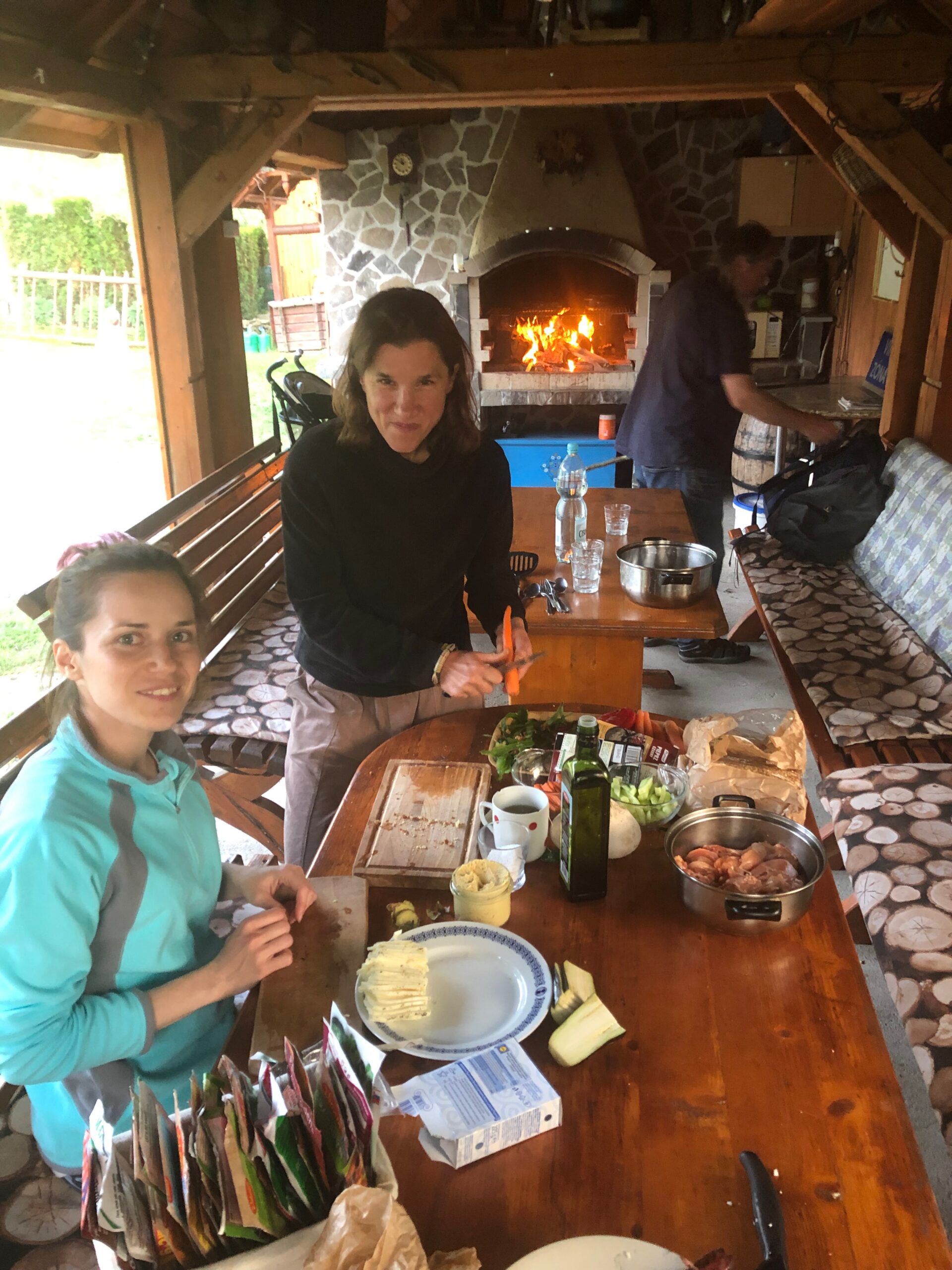 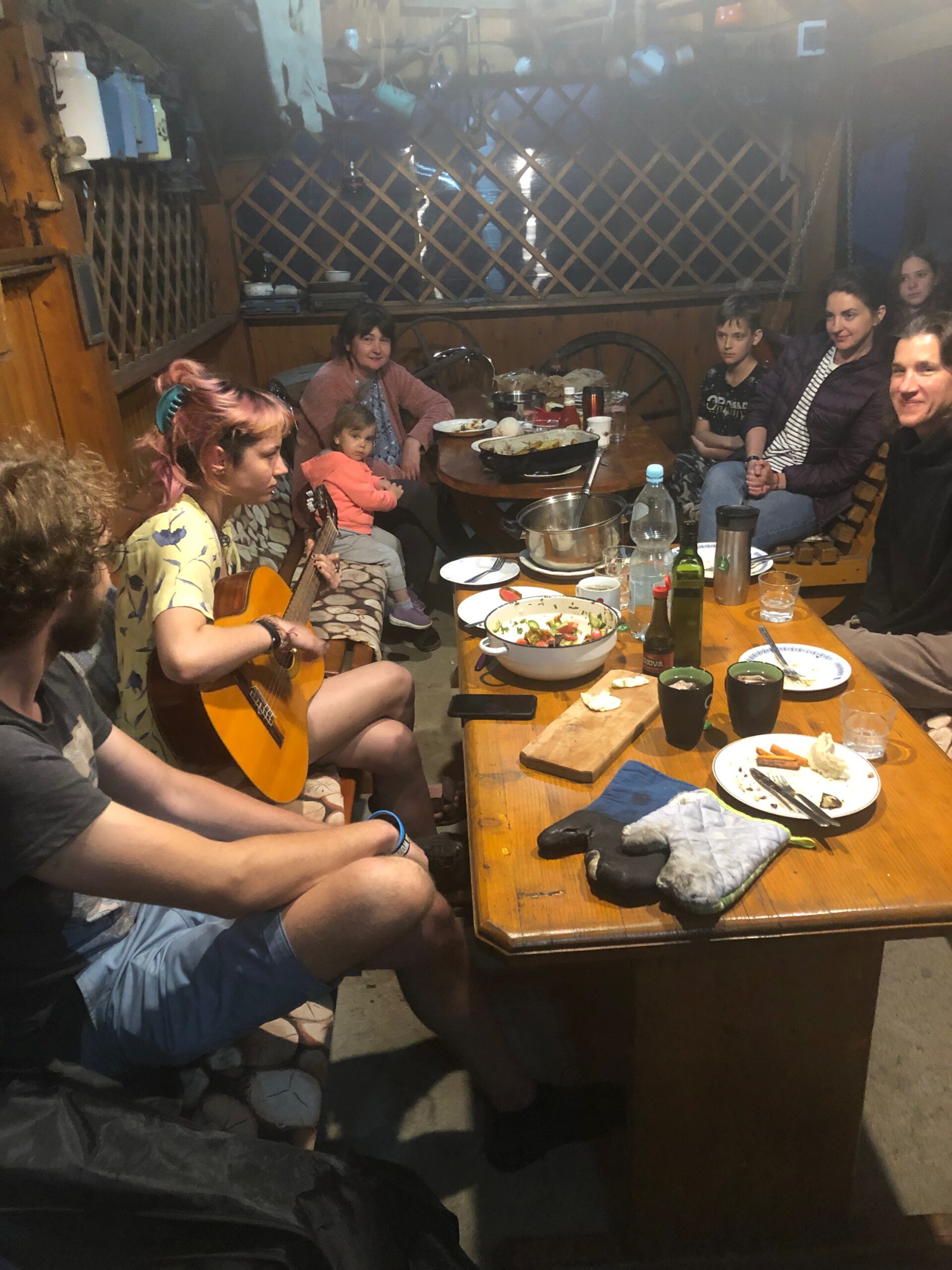 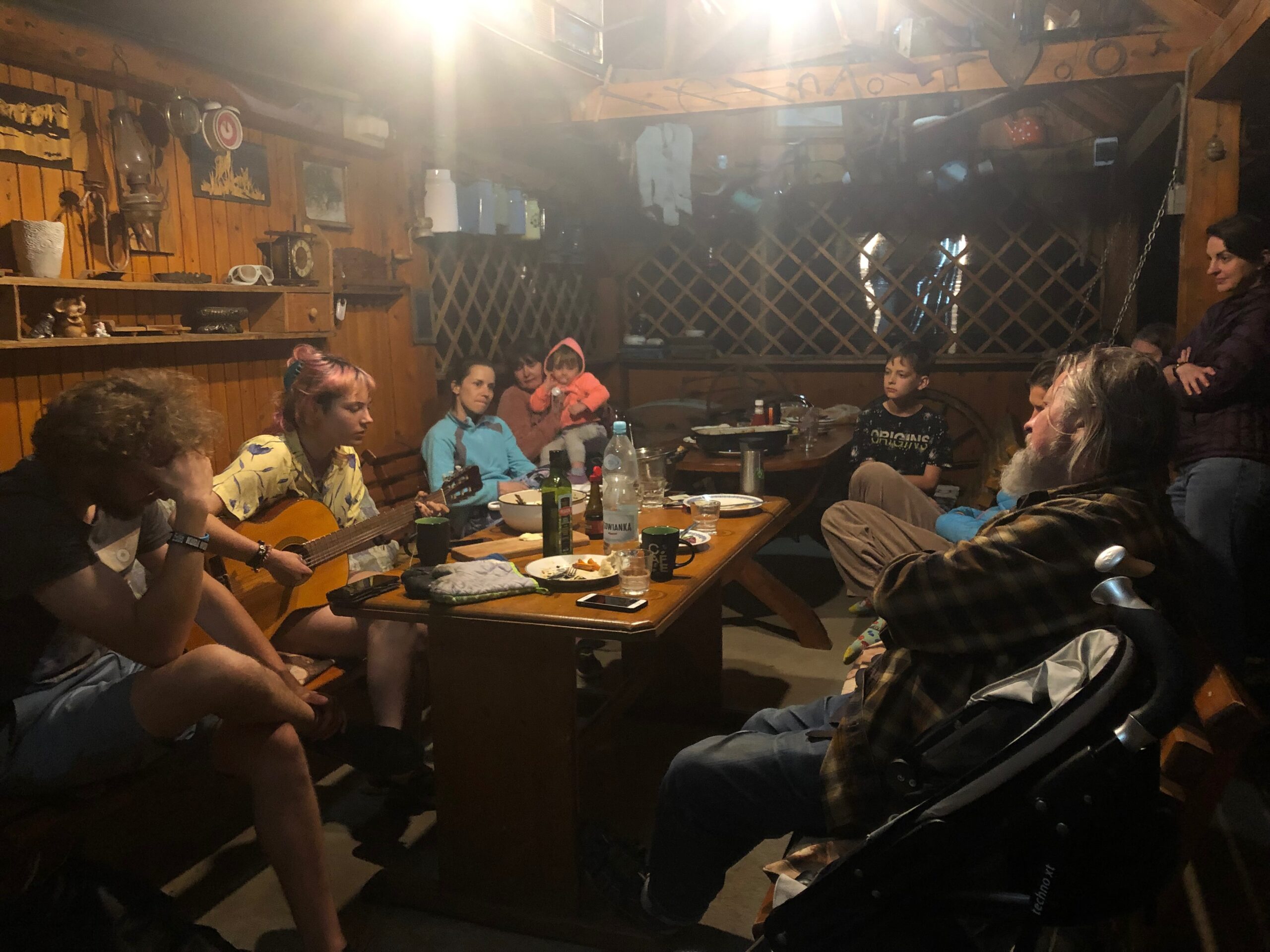 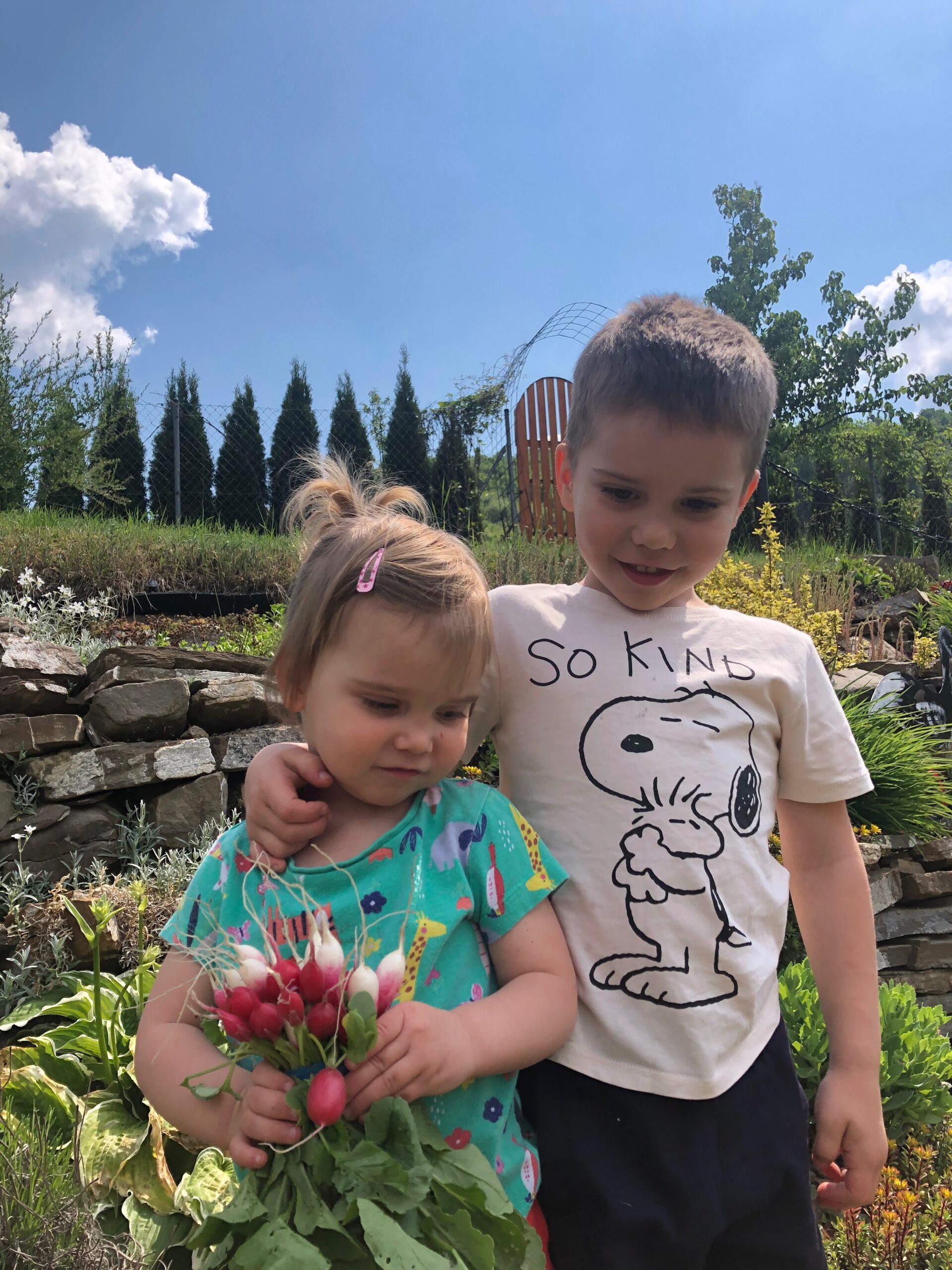 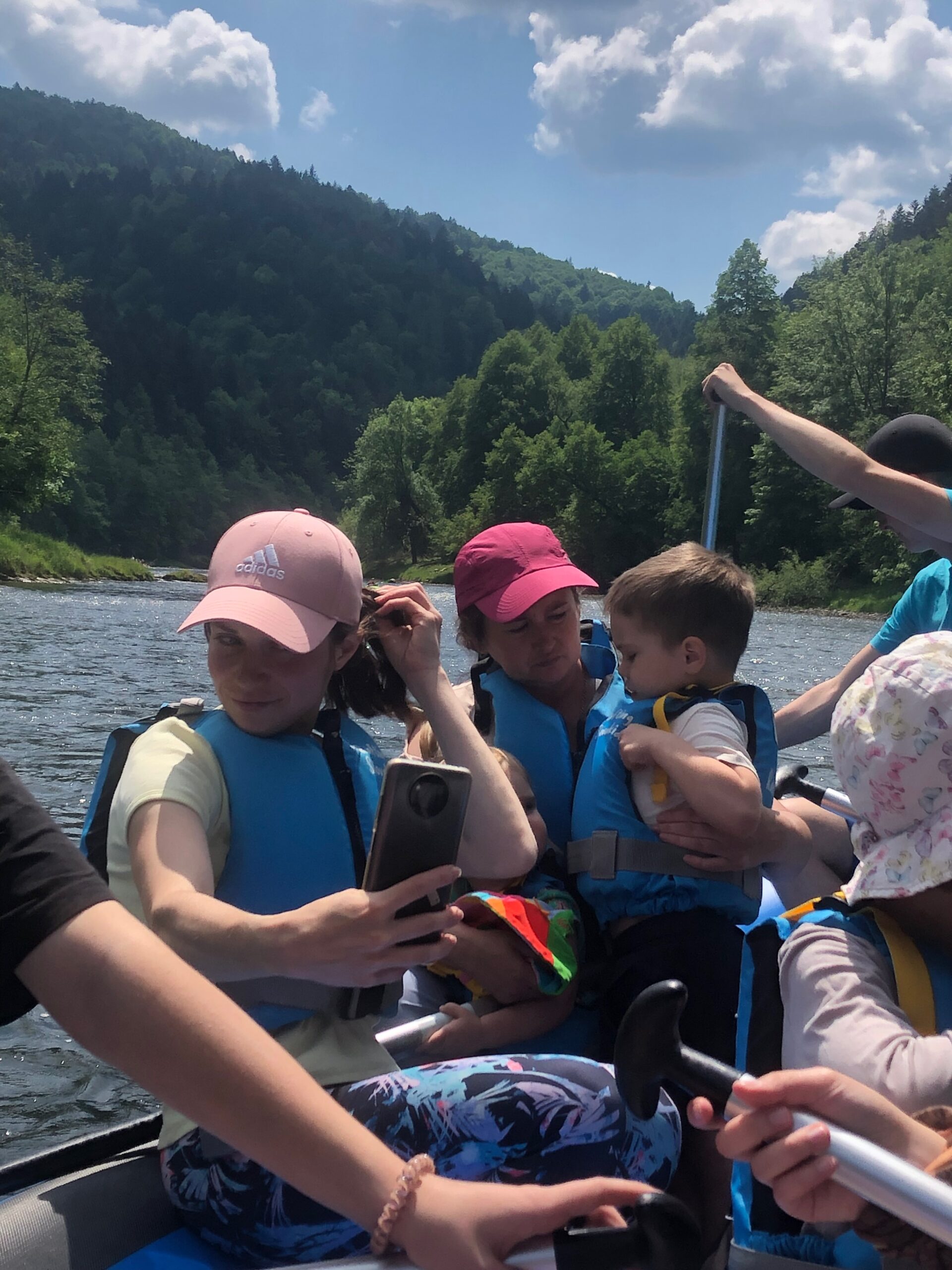 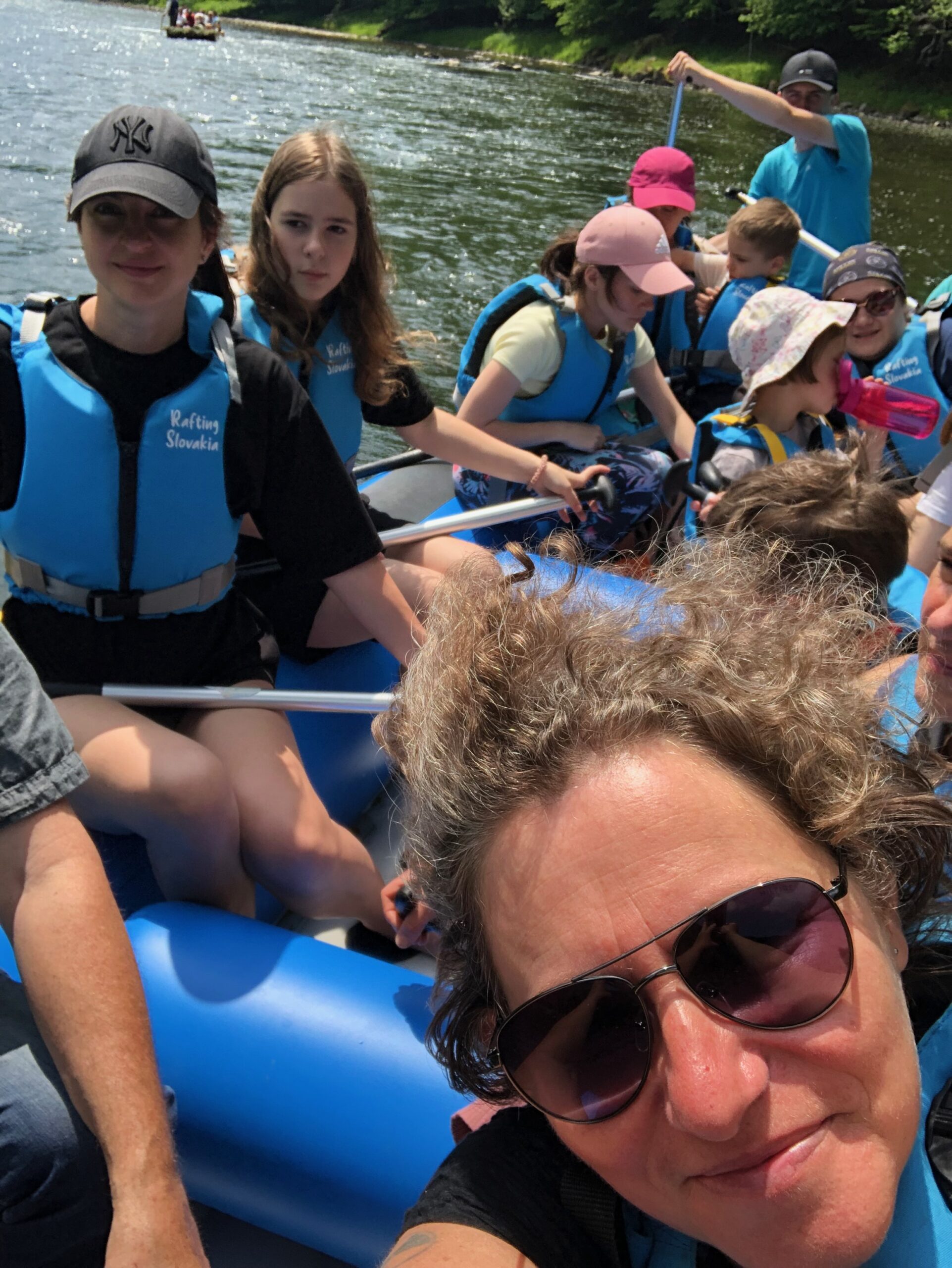 If you can, please consider supporting this important work. All funds will be used for direct support of Ukraine and Russian refugees seeking safety in Poland.  Thank you!

More Information on the War and the Refugee Assistance Efforts